Once more within my own investigations and conversations with farmers and landowners I have yet to come across one who believes that Badgers kill full grown sheep. However, the occasional farmer believes that Badgers may predate the occasional very young lamb. All of them clearly indicate that Badger scavenges upon the carcasses of dead livestock and wildlife. They all state that Badger will eat through the dead animals soft body tissues (the dead animals stomach or rear end) leaving a round football size hole. I have seen evidence of this reported scavenging by badgers on numerous occasions and include my own photograph of one instance of it below: ﻿ 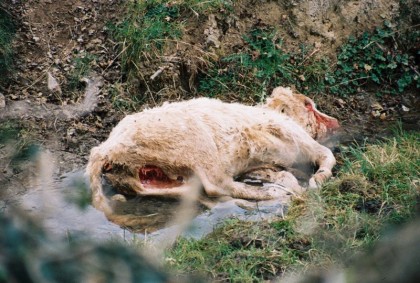 ﻿ Please note how the Badger has entered the ewe through soft-tissue leaving a round football sized wound. This is typical of what farmers and landowners report as savaging by badgers on dead livestock. I have seen many instances of this myself although sadly this is the only images I have taken of such scavenging. I will take more images in future investigations to try and create a body of evidence for the website.

Oh, also note the wound the ewe's eye; this is caused by carrion such as Magpie who have a preference for this part of any livestock carcass. Please see the Scavenging by Carrion (Magpie, Buzzaer, Crow, Rook) section. 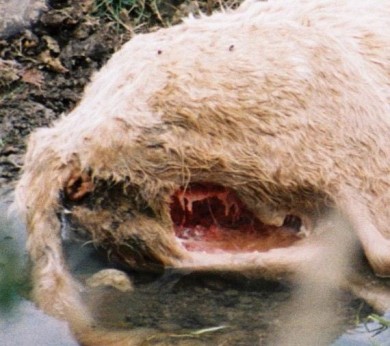