Scavenging by carrion is a common occurrence and happens very quickly after the death of an animal; especially in the open. Magpie, Buzzard & Rook will all pick away at a carcass often in large numbers. However, it is highly unlikely that their scavenging could be mistaken for Big Cat predation although their scavenging could destroy important evidence such as bite marks and puncture wounds. Examples of Carrion scavenging on carcasses now follow:﻿ 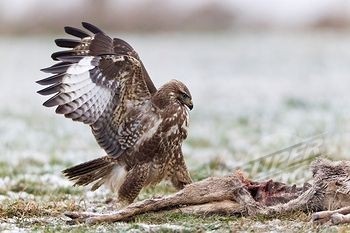 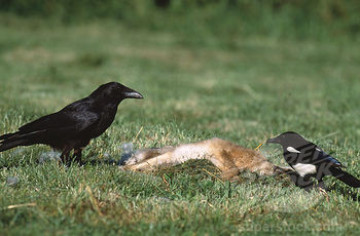