The farmer who reported this 'event' had had a number of possible predation incidents prior to contacting me. This ewe was had been killed at the top of the field and then was dragged in a straight line about 100m to the right of the bushes in the extreme top right hand side of the image below: ﻿ 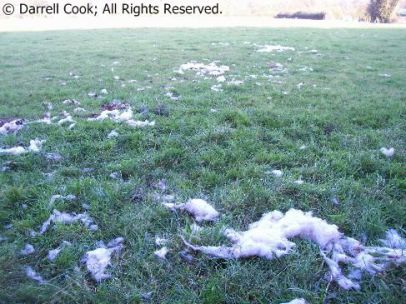 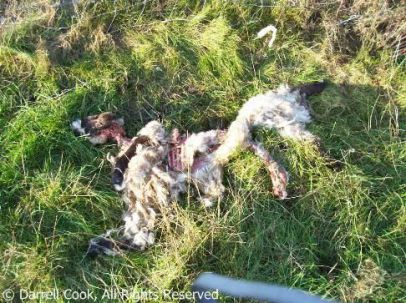 The farmer had inspected the field less than two hours previously and this ewe had not been killed at that point. Damage to the jaw bone was clearly evident as was a broken spine at the base of the neck. The following images record these injuries:﻿﻿ 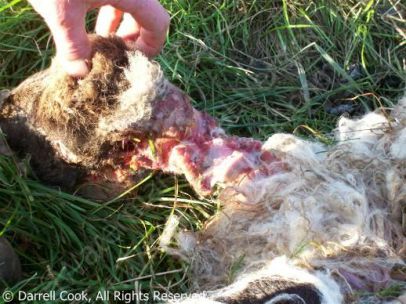 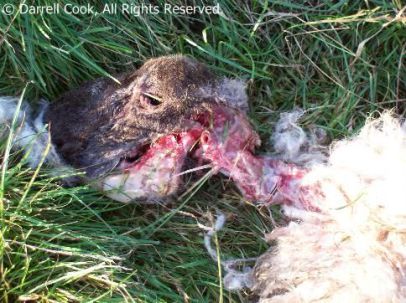 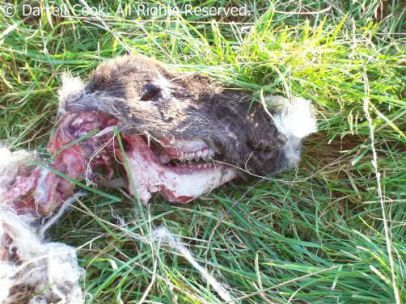 What still confuses me is if badgers, fox, dog and other carrion had done this how did they drag the ewe over the fence 100m away? How was the carcass striped in just a couple of hours in daylight when Badgers / Fox would not be as active?﻿ How was the ewe dragged over the fence?﻿