WARNING: very distressing images below particularly if you are a dog lover!!

Directly below you see three images of sheep I suggest were killed by none-native big cat (from my own investigative work). There are similarities between not just the carcass presented but the 'events' behind the predation; they are:

Images from my investigations: 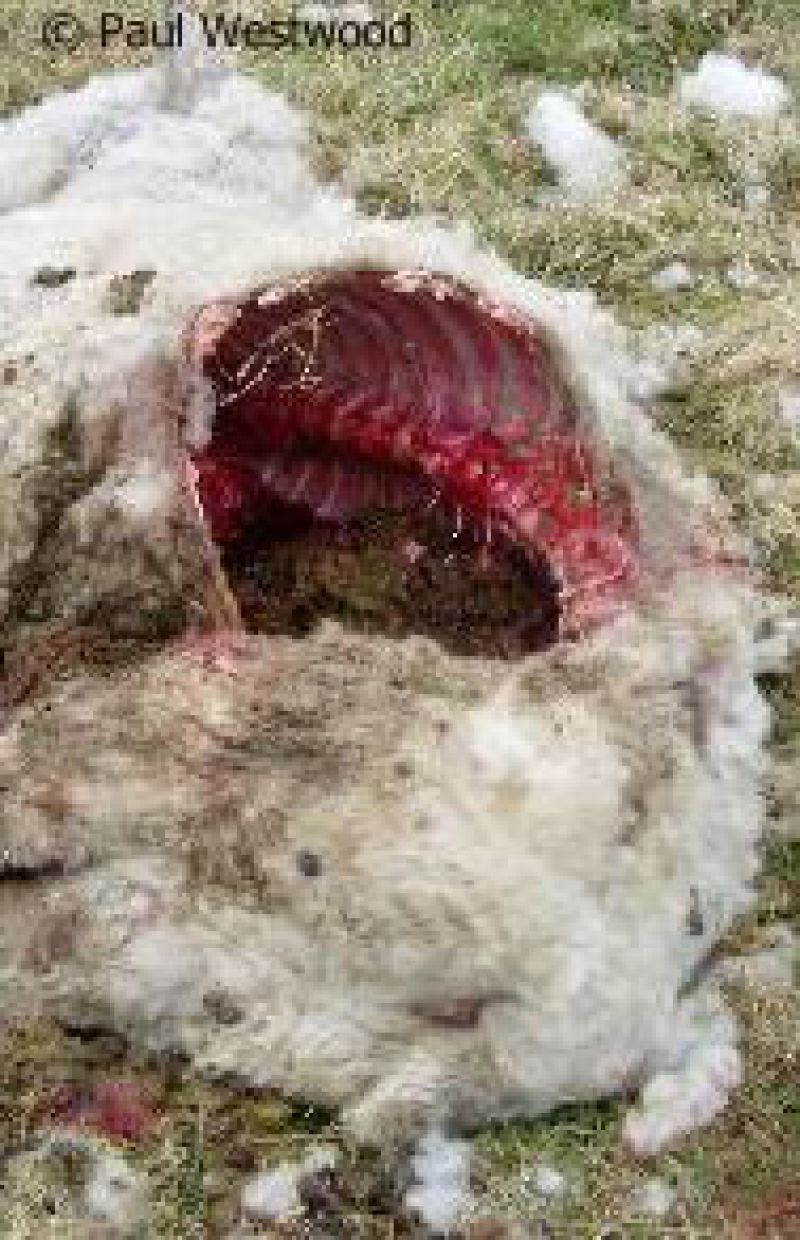 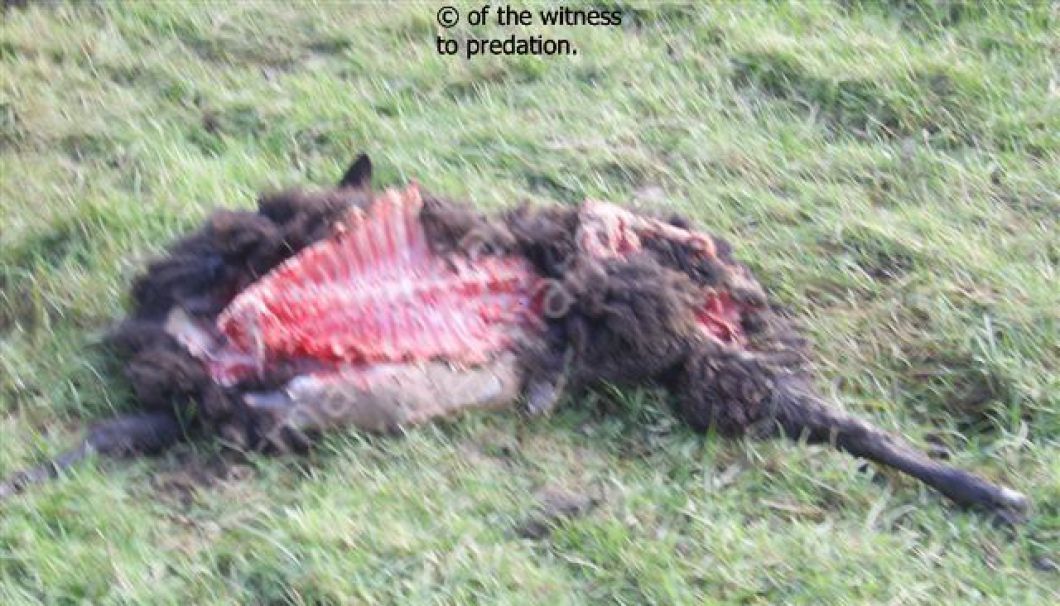 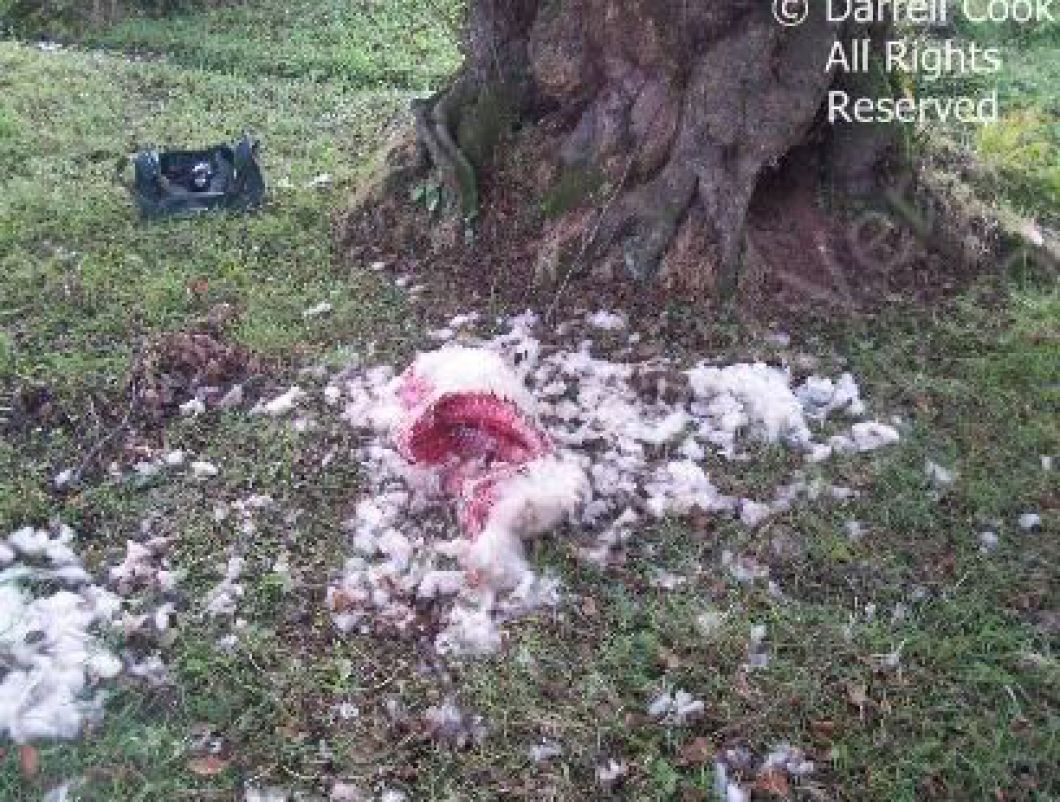 Images taken from the media showing the aftermath of Big Cat attacks on their prey: 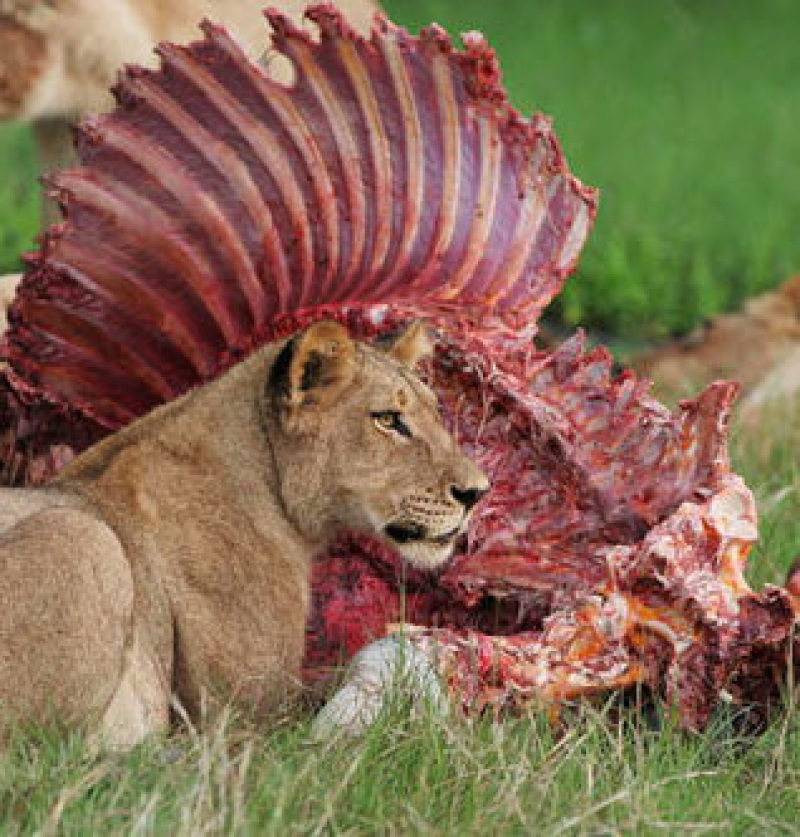 Directly below you will find three images of sheep that were killed by dogs or were put down for humanitarian reasons due to their injuries. There are similarities not just in the carcasses presented but the event behind the predation; they are:

Images from the media showing aftermath of dog attcks on sheep: 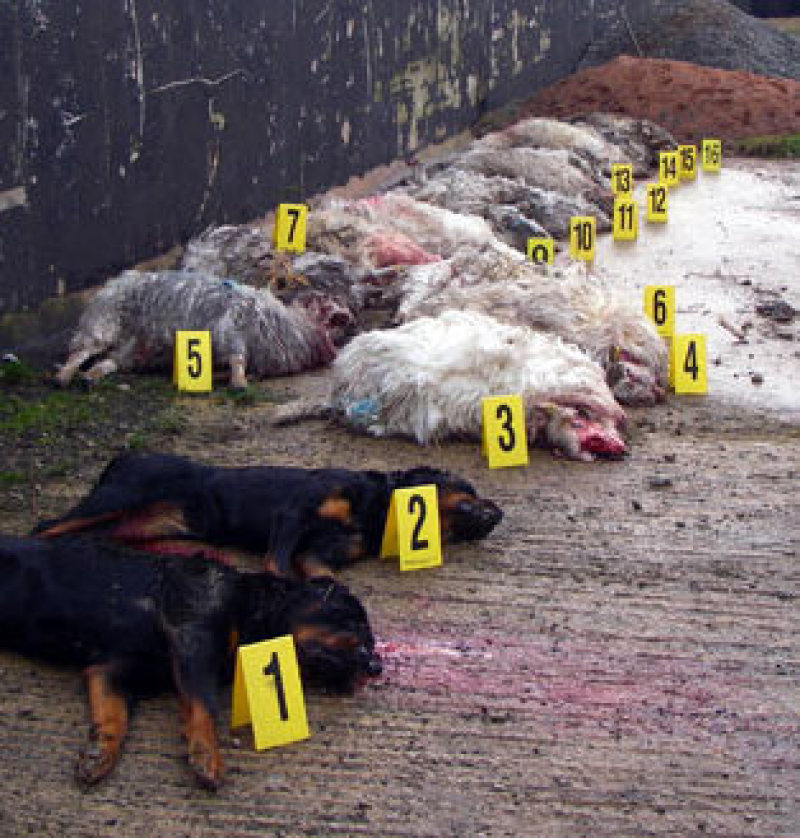 The differences between my potential evidence of 'big cat' predation and dog attacks is clear from the photographic evidence. Time, after time, I have seen carcasses literally 'blown apart', after been killed usually during the night in single predation occurrences. Interestingly, these single, always fatal meat eating attacks are near always cyclical. With attacks often happening a number of days, weeks or months apart in exactly the same location with exactly the same results.

The predation by dogs is totally different; many sheep are singled out, with serious though not immediately fatal wounds being inflicted on the rump, legs, neck & flanks. Many of these attacks are seen by landowners and many fatalities in such an event are euthanized later due to their injuries. Solitary sheep are not killed then eaten at that time by the dogs. They go into an attack frenzy rather than a calculated ambush on one particular animal.

To conclude, if it's not a dog killing the sheep in those first images from my investigations at the top of this page, then what is killing them?