This set of images show wounds unlike anything I have seen before. These wounds are the result of one long slash made from underneath the jaw to the top of the rib cage. The gash is 14 inches long and three inches wide. Although a wound different to what I have seen before the pattern of predation was not. Several sheep killed in the same way, in the same location, all killed mid-field, then dragged to cover. I feel that the animal was disturbed at some point as the carcass was not eaten (the others had been and this slash was still visible on the carcasses however, no photographs were taken of these previous attacks by the witness). I feel that the blood pools indicate it was a fresh kill but that carrion had eaten the eye before the witness found the carcass. Please note that in image three a clear puncture wound is visible in the tissue of the neck. ﻿ 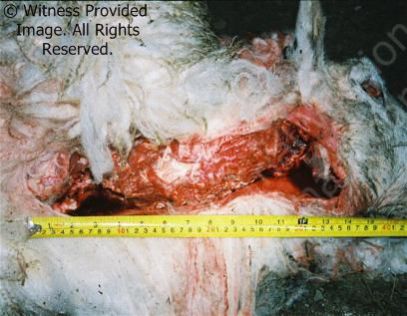 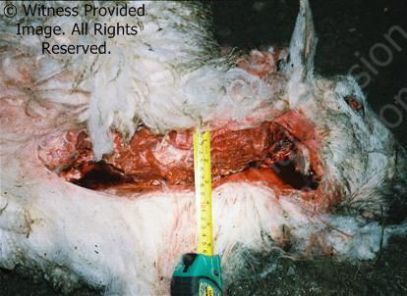 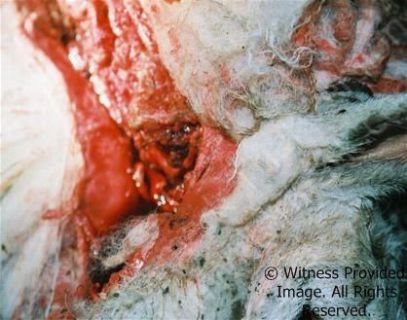